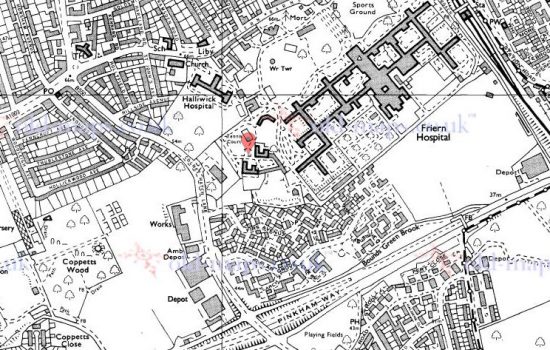 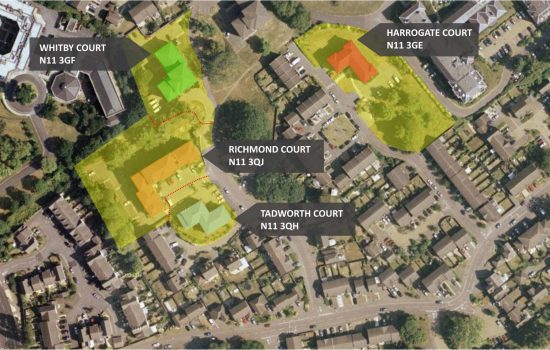 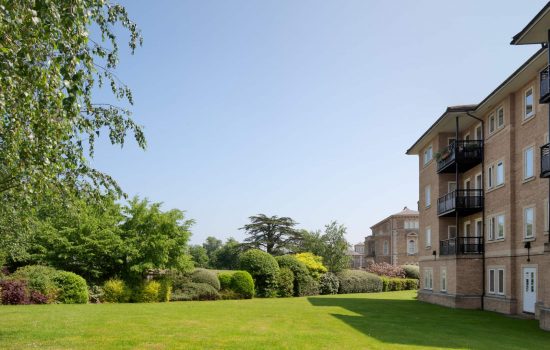 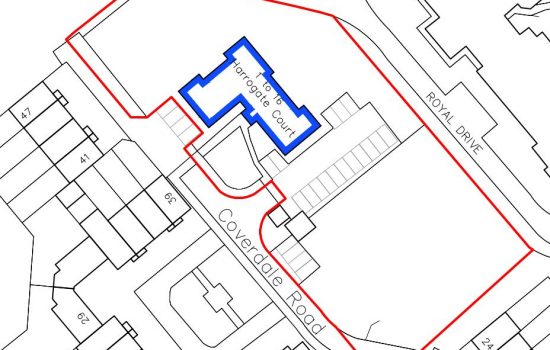 The site was originally part of the Halliwick Manor estate, which has its origins somewhere in the late 13th Century.”

The land on which the apartment blocks known as Harrogate Court, Richmond Court, Tadworth Court, and Whitby Court were built was formerly within the boundaries of the Friern Barnet Hospital. The hospital was previously known as both the second Middlesex County Asylum on completion, and later as the Colney Hatch Lunatic Asylum. It was in operation between 1851 and 1993.

The site was originally part of the Halliwick Manor estate, which has its origins somewhere in the late 13th Century. In 1847 some 8 acres were sold to the Great Northern Railway for development purposes by Mary Anne Curtis and her son, Sir William Curtis. Shortly thereafter, 119 acres of the estate were sold to the Middlesex justices of the peace for the development of the Colney Hatch Lunatic Asylum, the location being chosen due to its proximity to the new railway.

The architect for the hospital was Samuel Daukes, who was aged 38 at the time. Daukes had railway connections, having been architect to the Birmingham & Gloucester Railway and was successful in an architectural competition to design the new hospital. He worked along with John Conolly, who had been appointed as the resident physician to the first Middlesex County Asylum already in operation in Hanwell. In 1832, John Connolly had been instrumental in founding the Provincial Medical and Surgical Association, which later became the British Medical Association.

Construction of the new hospital commenced in 1849, with Prince Albert laying the foundation stone in May of that year. The hospital was of the corridor format and designed in the ‘Italianate’ style. On completion, the hospital was the largest asylum in Europe, with a frontage of some 575m and containing almost 10km of corridors which would take more than two hours to walk. One of these corridors is said to be Europe’s longest. However, the extravagance in design came at a price, and the final cost was more than double the original budget, making this the most expensive asylum ever built at the time of completion. The hospital finally opened in July 1851.

The apartment blocks have been built in the area to the west of the main block, where the Tennis Courts used to be, as can be seen on this map extract below. The exact location of the apartments can be seen in red.

There has been some difficulty in confirming the naming convention for this group of apartment blocks and the roads in the surrounding areas. Most of the names used such as Whitby, Harrogate, Pickering, Coverdale, Wensley and Ribblesdale originate from towns or place names in North Yorkshire. The notable exception to this convention seems to be Tadworth Court’.

Harrogate Court is located approximately half a mile from New Southgate Railway Station with a walking time of around 12 minutes. As an alternative to walking or for rainy days, bus 221 links Friern Barnet Road with New Southgate Railway Station. Journey time is not much quicker however at 11 minutes and a short walk from Harrogate Court to the bus stop on Friern Barnet Road is required.

All apartments have functioning service connections.

Harrogate Court is not accessible to members of the public and occasional access cannot be gained. Therefore all viewings will be strictly by appointment with IBSA and will be accompanied.

2019 Tender Documentation can be downloaded after registration from the Databank.